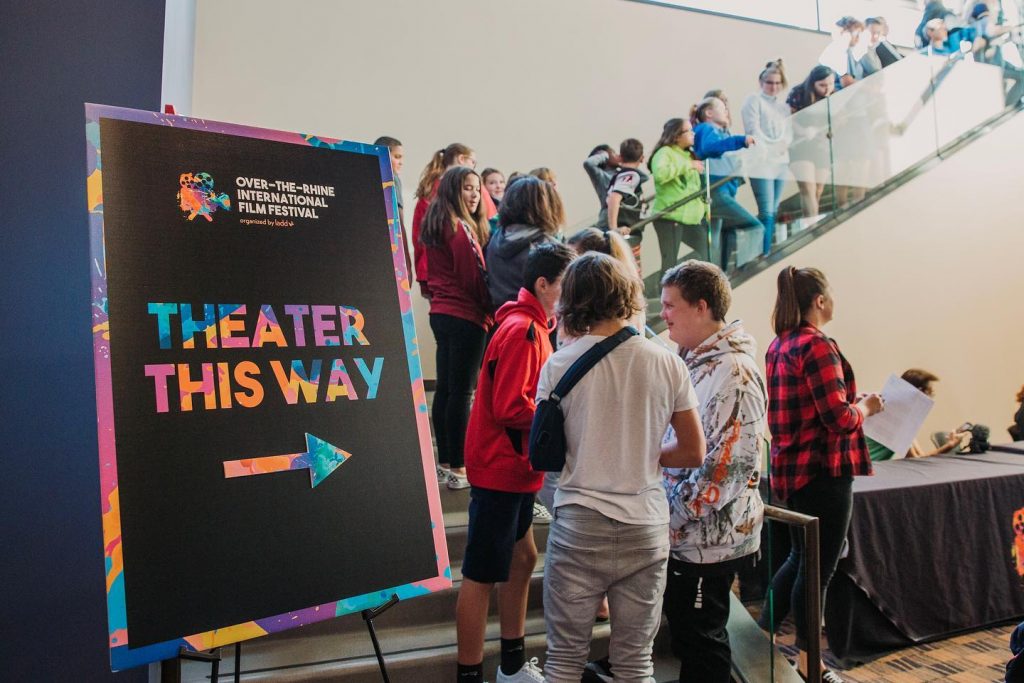 CINCINNATI, Ohio (April 22, 2020) – The Over-the-Rhine International Film Festival, a Cincinnati favorite presented by LADD, is set to return Feb. 25-28, 2021 and is now accepting submissions. The festival is known for bringing films from across the world for a celebration of diversity, inclusion and shared humanity.

Dozens of films never before shown in theaters or on TV will debut in venues across the city next year. As varied as the films will be – crossing all forms and genres – the mission of each is the same: to engage and unite people.

That mission is especially critical right now during this time of social separation and collective uncertainty. Although we won’t be gathering in theaters this year, the festival continues to bring people together through streaming and virtual programming.

“This festival is a movement for human connection,” said Molly Lyons, OTR International Film Festival director. “We can maintain these shared experiences, even if virtually, to help us heal during this anxious time.”

In partnership with the Japan America Society of Greater Cincinnati, our next watch party will be April 25 showing “37 Seconds,” a new film that follows a young manga artist with cerebral palsy as she goes on an unconventional journey for sexual freedom and personal liberation. Find more information about the Netflix Party here.

“Film is a communal experience and our first online watch party demonstrated that,” said TT Stern-Enzi, film programmer for the festival. “Powerful stories were shared and other viewers related to those stories or learned from a completely different perspective. That’s what we hope to deliver at every screening, whether it’s on the big screen or your laptop.”

Visit filmfreeway.com/otrfilmfest to submit a film for consideration. To better support artists during this uncertain time, the festival is waiving entry fees for films submitted before the early bird deadline on May 6, 2020.

About the Over-the-Rhine International Film Festival
The mission of the Over-the-Rhine International Film Festival (OTRFF) is to present stories that celebrate the human spirit by providing a platform for audiences to see through another’s eyes. OTRFF also aims to spotlight the Queen City and its role in reframing how we see disability in the entertainment industry’s ongoing discussion of diversity.

About LADD
Guided by the belief that every person has ability and value, LADD empowers adults with developmental disabilities to live, work, and connect. Founded in 1975, the Cincinnati non-profit now supports more than 500 individuals through housing, employment and meaningful community engagement programs. Learn more at https://laddinc.org.

Guided by the belief that every person has ability and value, LADD empowers adults with developmental disabilities to live, work and connect. LADD provides the dignity of adulthood through housing, health and wellness, day programs, employment and advocacy. We envision a world where ALL can pursue one's best life.
Facebook
Twitter
Instagram
© Copyright 2022. All Rights Reserved.