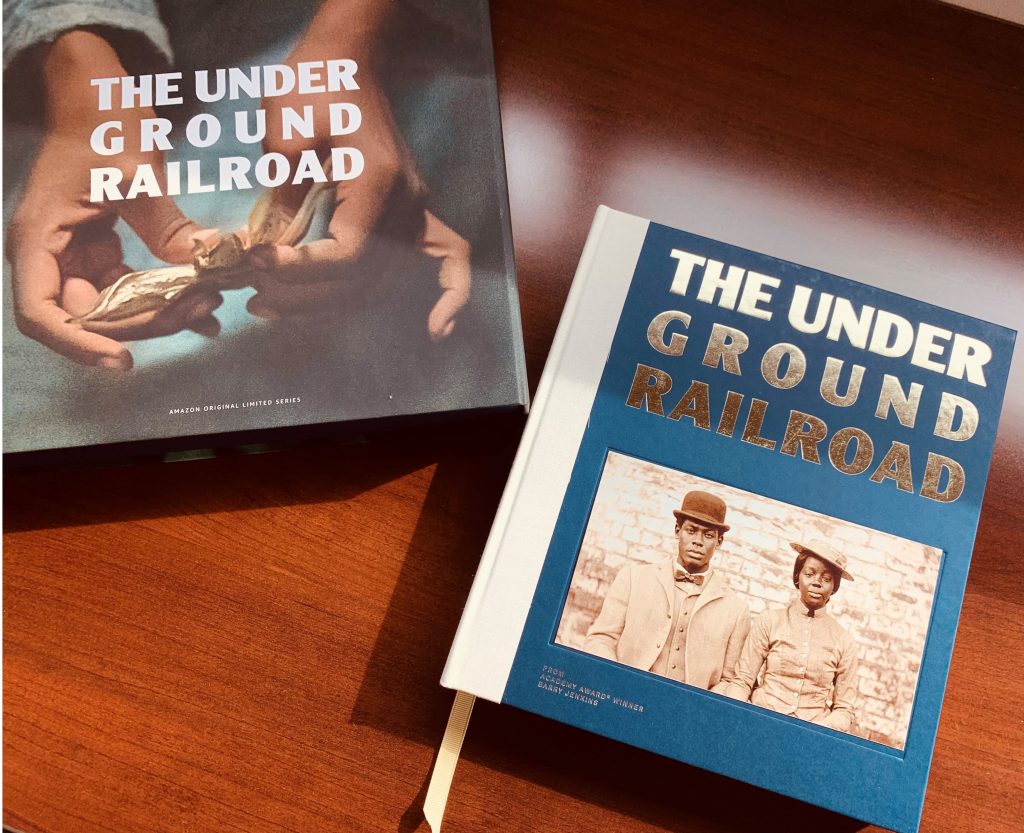 As a voting member of Critics Choice Association (film and television & streaming), I receive awards season swag from studios and streaming services promoting their films and shows. For me, the highly-coveted items are the beautiful coffee table books – sometimes lovingly bound scripts, other times collections of essays and stills from the productions. It’s worth noting that I am as much of a book geek as I am a deeply committed lover of film, so it should come as no surprise that I cherish these hardcover tomes as heirlooms I will one day pass down to my children.

This year’s treasure trove includes a truly special treat. Amazon Prime Video’s For Your Consideration compendium celebrating the Barry Jenkins adaptation of Colson Whitehead’s Pulitzer Prize winning novel The Underground Railroad features essays by a host of renowned critics focusing on each of the ten individual episodes. In addition, there is a bonus essay – from yours truly – which spotlights a special project Jenkins created from the series called The Gaze, which premiered on Vimeo. The Gaze is a 50-minute visual non-narrative companion piece that foregrounds the faces of primarily Black folks in the series (whether slaves on plantations or the freed men and women who occupied various states in the narrative’s alternative union who had made their way to some semblance of freedom in the brave new world.

The excerpt the book’s editors chose was from an essay I wrote as part of my Truth and Reconciliation project grant (Critical Reflections) and connected The Gaze to a family photo of my maternal grandmother’s grandfather (named Solomon) who was the first freedman in our family. The series as a whole and especially The Gaze gave me the chance to reconsider my connection to one of my ancestors, and more importantly, created an opportunity possibly for Solomon to gaze into the future, to see how far our line as advanced.]

I cannot thank Barry Jenkins, Amazon Prime Video, and the amazing team of editors who brought this book project together enough for presenting this gift to a rather small world of folks. It is an honor that I dedicate to Solomon and happily share with the OTR Film Festival Insiders.