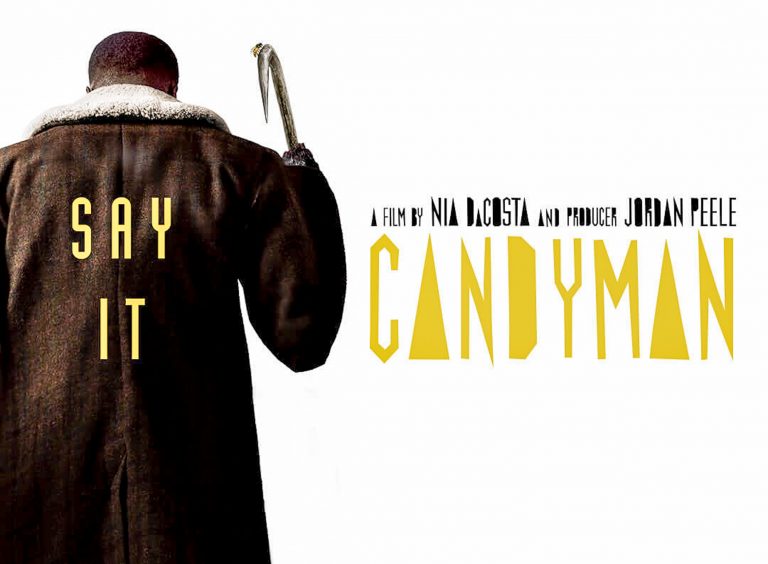 Candyman (Nia DaCosta) – Any discussion of this film should start with a disclaimer. Pop cultural horror impresario Jordan Peele is a screenwriter and producer of the latest installment in the Candyman series, but Nia DaCosta is the director. It is her film, one that audiences had to wait for throughout 2020. After a series of release date shifts, Candyman premiered the final weekend of August 2021, and fascinated viewers in no small part thanks to an artistic use of shadow puppets to reveal the backstory and trauma of the titular character and the now-gentrified neighborhood in Chicago where the story takes place.

Beginning in early November, the Cincinnati Art Museum will feature an exhibition (Kara Walker: Cut to the Quick) dedicated to Walker, a contemporary artist whose cut-paper silhouettes examined narratives laced with racism, sexism, sexuality, and identity, exposing systemic injustice and unhealed generational wounds. tt stern-enzi (Artistic Director, Over-the-Rhine International Film Festival) will participate in a discussion with Russell Ihrig from the Museum about Walker’s work and its fitting use in DaCosta’s film.

Kara Walker’s Cut to the Quick exhibition will  showcase at the Cincinnati Art Museum from November 5, 2021 – January 17, 2022.  Additionally, the recorded video discussion with Russell Ihrig will be included in the November 18-21 virtual film screening event. OTR Film Fest will keep you posted on updates as they relate to this exhibition in the next several weeks!