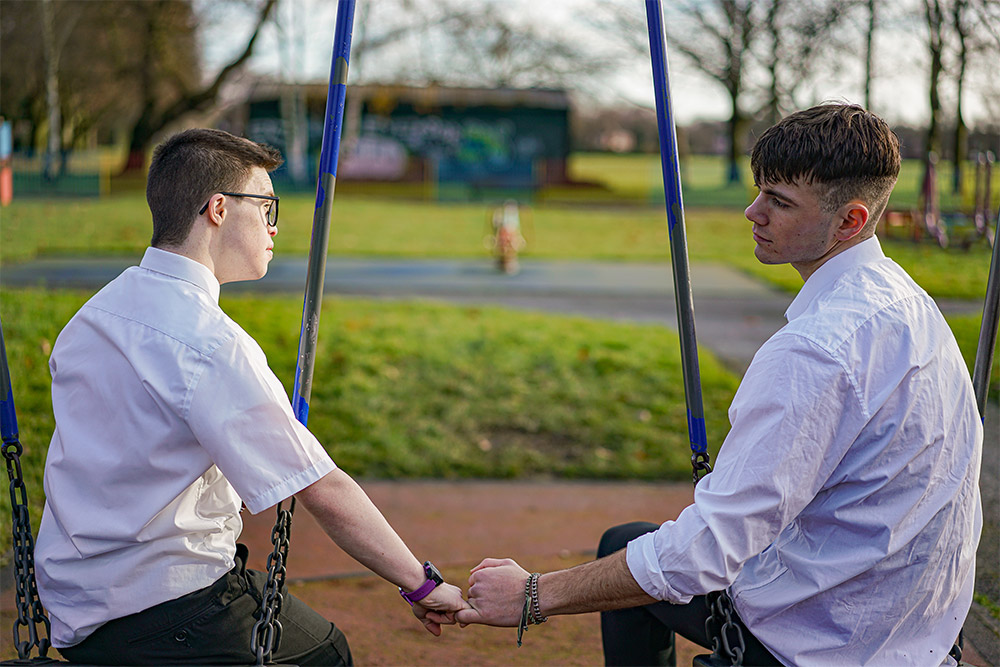 As a film critic and festival programmer, one of the absolute best aspects of these gigs is being able to see a title before general audiences and prepare them for the experience. In most cases people think that means hyping up a bloated studio blockbuster or the vanity project of a mainstream star, but those projects don’t need the attention. They don’t require the level of “discovery” I’m talking about here.

During a year when festivals have had to shift and adapt to guarantee the safety and well-being of their patrons and their own endeavors, it is even more important to raise awareness about stories that find unique ways to engage intersectionality (the buzziest of buzz words in our culture) without forsaking the underlying humanity of their characters or potential viewers.

The short film S.A.M. from co-directors Ely and Eyre-Morgan accomplishes this delicate feat with the greatest of ease. Starting from the standpoint of seeking to explore the intersection of disability and sexuality, this coming of age narrative brings together two characters from different backgrounds – a troubled to verging on homeless teen (Sam Retford) and a young man (George Webster) with Down syndrome – on a neighborhood playground swing where they meet regularly and slowly develop feelings for one another. Rather than shying away from the larger issues driving the story, S.A.M.perceptively leans into them in a matter-of-fact style that comes from the workshop format the writer-directors used to develop the project.

The duo set up a drama workshop with young adults with learning disabilities and discovered that sexuality was rarely portrayed as an everyday reality for this community. The process created a space for open and honest dialogue which emerged onscreen, while also featuring people with disabilities among both the cast and crew.

S.A.M. has been selected for high profile film festivals in this unorthodox market, including Outfest Los Angeles and Inside Out Canada, both of which are Oscar-qualifying short film events. Ely and Eyre-Morgan have already initiated plans to adapt S.A.M. into a feature film.

Let’s hope the film industry as a whole is paying attention and willing to discover new ways to represent true diversity onscreen.

Guided by the belief that every person has ability and value, LADD empowers adults with developmental disabilities to live, work and connect. LADD provides the dignity of adulthood through housing, health and wellness, day programs, employment and advocacy. We envision a world where ALL can pursue one's best life.
Facebook
Twitter
Instagram
© Copyright 2022. All Rights Reserved.