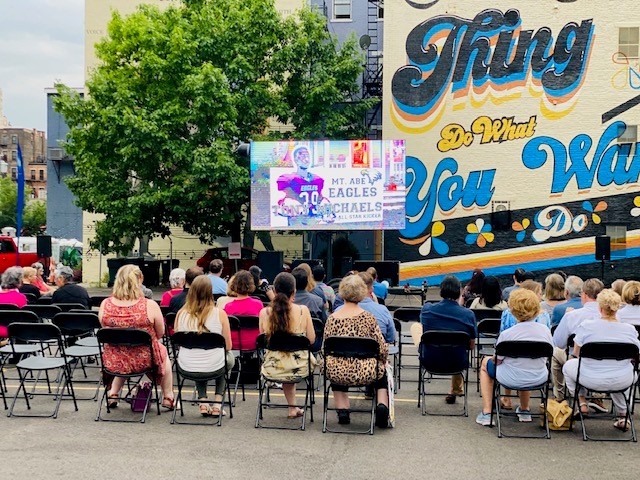 CINCINNATI, Ohio (October 12, 2021) – The Over-the-Rhine International Film Festival, presented by LADD, is set to return July 7-10, 2022 and is Now Accepting Submissions! Film submissions are open until January 6, 2022. The OTR Film Fest is known for bringing films from around the world for a celebration of diversity, inclusion and shared humanity. Visit us on FilmFreeway for the opportunity to be a part of our curation.

The OTR Film Fest is the nation’s first diversity film festival driven by people in the disability community, and is a platform to see through another’s eyes.

“It is a movement about human connection,” said Molly Lyons, OTR International Film Festival Director. “This event allows us to continue in our shared experiences — to grow, learn, and value one another.”

As in previous festivals, dozens of films never before shown in theaters or on TV will debut in venues in the historic district of Over-the-Rhine and select neighborhoods within the city of Cincinnati. As varied as the films will be – crossing all forms and genres – the mission of each is the same: to engage and unite people.

“Film is a communal experience,” says TT Stern-Enzi, OTR International Film Festival Artistic Director. “Powerful stories are shared where audience members discover how they relate to those stories, and are able to learn from a completely different perspective. That’s what we hope to deliver at every screening, which include bold, provocative conversations with panelists after each showcase.”

Each festival brings out the best in our community. We look forward to uniting for this purpose again next year. Mark your calendars for the OTR Film Fest Film Announcement Party in May 2022, and the festival July 7 – 10, 2022.

Visit filmfreeway.com/otrfilmfest to submit a film!

Guided by the belief that every person has ability and value, LADD empowers adults with developmental disabilities to live, work and connect. LADD provides the dignity of adulthood through housing, health and wellness, day programs, employment and advocacy. We envision a world where ALL can pursue one's best life.
Facebook Twitter Instagram
© Copyright 2023. All Rights Reserved.